Athletico Goes to the Tokyo Olympics

Three Athletico clinicians recently had the experience of a lifetime traveling to the Tokyo Olympics earlier this summer. Read about each of their experiences below, the teams they supported, and the work they did to keep their Olympic athletes healthy for competition!

As an Athletico physical therapist, I have been working with the USA Rhythmic Gymnastics team members in their training facility in Deerfield since 2011. I increased my time with this group leading up to the 2016 Olympics in Rio when six of the girls I worked with represented the USA. I increased my time covering practice, providing treatment, and being on the medical team at competitions over the past five years. I was honored when the head of USA Rhythmic Gymnastics asked me to accompany these gymnasts to Tokyo for the 2020 Olympics! This was the first time in history since Rhythmic Gymnastics’ debut in the 1984 Olympics that the USA qualified an entire team – two individuals and a group, seven girls total.

In Tokyo, our delegation consisted of two individual rhythmic gymnasts, the Senior U.S. Group (five gymnasts), three coaches, and another physical therapist besides myself. After we arrived in Tokyo, we settled into the Olympic Village. We then embarked on a rigorous training schedule of two practices a day in a training venue to prepare for the competition. I worked with each gymnast in the training room on the first floor of the USA building in the village. We worked on recovery techniques, stretching, soft tissue work, and rehabilitation exercises. Before practice, I helped each girl prepare by assisting with their warm-up, and then I watched practice and assisted with any issues that arose. It was extremely hot and humid in Tokyo, and my focus was on keeping the girls hydrated and as cool as possible, which I was not anticipating with an indoor sport.

Finally, it was time for our podium training when the girls got to see the actual competition venue and practice on the carpet where they would be competing. It was an amazing experience to see them under the lights in the beautiful Ariake Gymnastics Arena that was built for Men’s and Women’s Artistic Gymnastics, Trampoline, and Rhythmic Gymnastics.

We had two days of Olympic competition in the arena. Even though there were no outside spectators allowed in the venue due to COVID restrictions, the energy was strong, and our gymnasts had solid performances. We had a successful competition, and there were no injuries sustained during our time in Japan. In addition to working with the USA Rhythmic Gymnasts, I was part of the USA Gymnastics medical team of doctors, physical therapists, and athletic trainers that covered Men’s and Women’s Artistic Gymnastics and Trampoline. I also had a chance to work alongside health professionals from the US Olympic & Paralympic Committee (USOPC) in the training room. It was an honor to be a part of a large network of medical providers working with the nation’s top athletes! 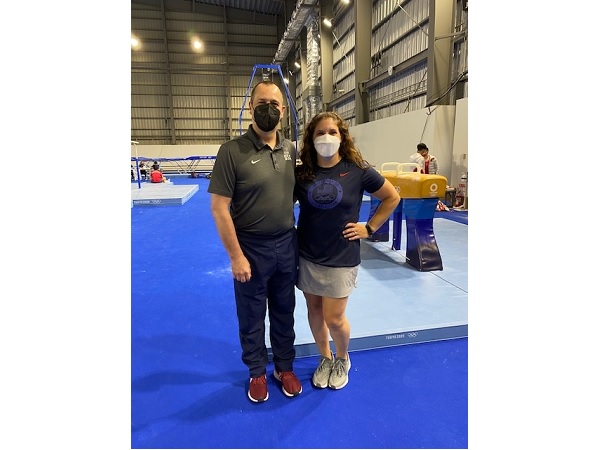 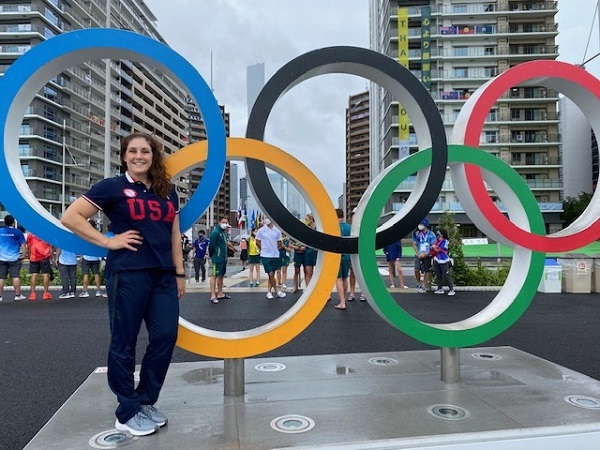 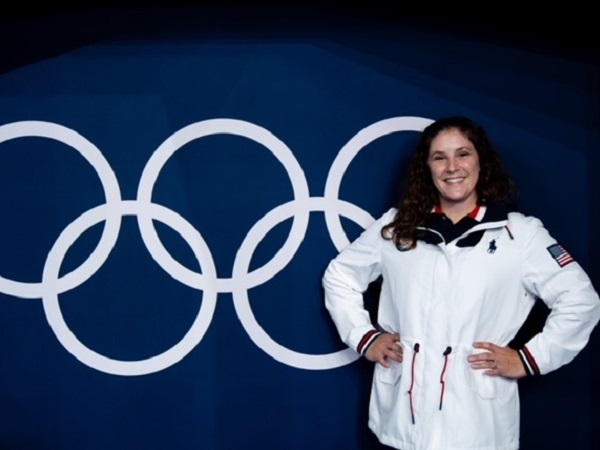 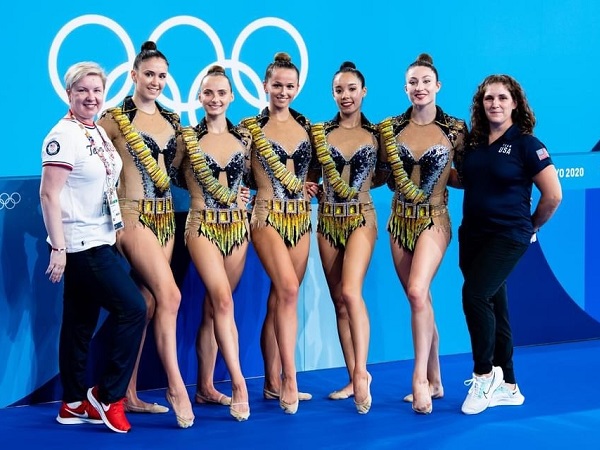 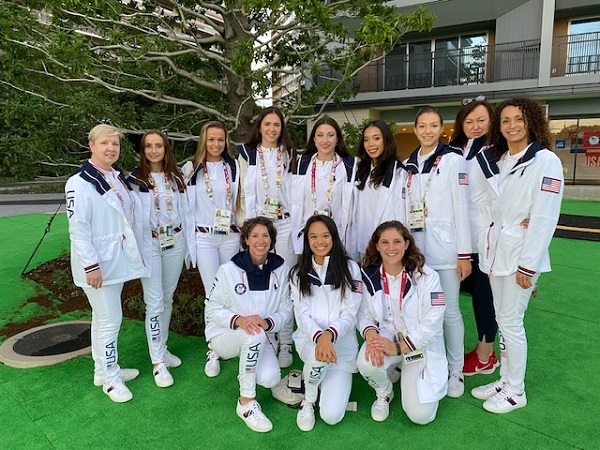 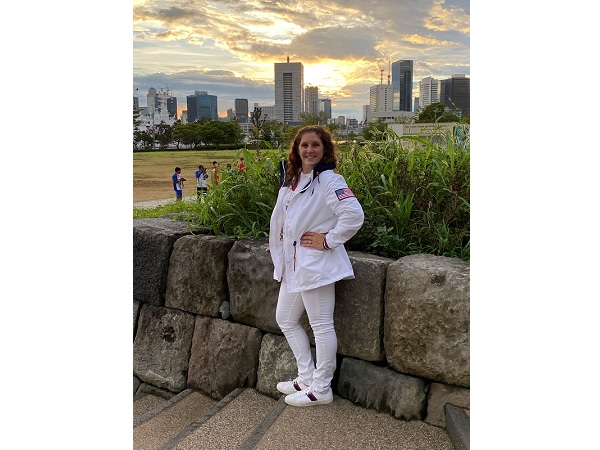 I have been blessed to have been allowed to perform my role as Athletic Trainer for USA Baseball for 21 years while working for Athletico Physical Therapy. Tokyo was my 17th event for USA Baseball, including three Olympic Games. It is also my final event, as I am retiring from competitions.

My travels with the USA team have enabled me to visit over 11 countries working the Pan Am Games, World Cups, Olympic Qualifiers, and the Olympics. Some of the countries involved 2-3 visits for events. The three Olympic Games I was involved with were: Sydney, Australia (2000), Beijing, China (2008), and most recently, Tokyo, Japan (2020). I was fortunate to win three medals; Gold in 2000, Bronze in 2008; and Silver during the 2020 Tokyo Games. Proudly, the overall USA record for the events in which I was involved is 112 wins – 30 losses.

The experiences varied from event to event. Tokyo 2020 was one of the most challenging due to the ongoing COVID restrictions. Unfortunately, we were not able to soak in any other activities outside the Olympic Village. In the past, we were able to attend other events such as swimming, etc. This was not allowed during these Olympics, nor were we allowed to see other sights of Tokyo. Despite this, as we rode to our baseball venue, I was struck by the pristine cleanliness of the city and streets. The Japanese workers at the village were incredibly welcoming, and the people always waved and cheered as our team bus passed by. Also unique to our team was our 2nd baseman, Eddy Alvarez. Eddy was voted to carry the flag in opening ceremonies and became only the 6th athlete ever to win a medal in both a Winter Olympics and a Summer Olympics. Eddy had previously won silver for speed skating in the Sochi Olympics.

My responsibilities consisted of the health and welfare of the USA Baseball delegation, which consisted of players, coaches, and support staff. Daily treatments were performed on the USOPC sports medicine floor of the USA dorm. The USOPC was tremendously cooperative with us and allowed us access to their auxiliary services, including massage, chiropractic, and physician services. I was also fortunate to have a physical therapist from Yale assist me.

Although the COVID situation tempered the experience, it was still memorable. Each game was intense with a win or go home pressure attached. Our team had a great mix of ex-MLB veterans and upcoming MLB prospects. We came together as a team and worked our way to the gold medal game. Although we lost that game, I prefer to remember the experience as winning the silver medal! 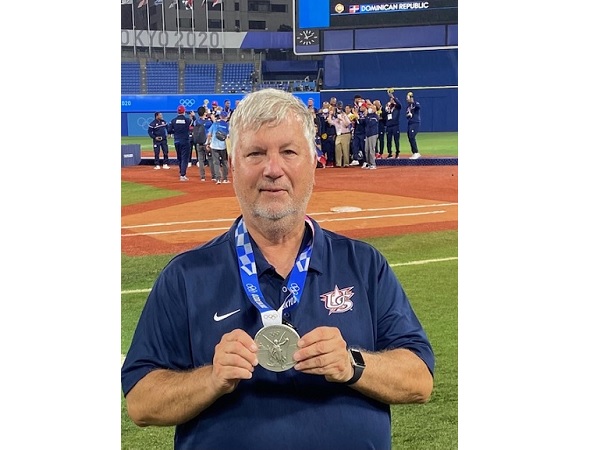 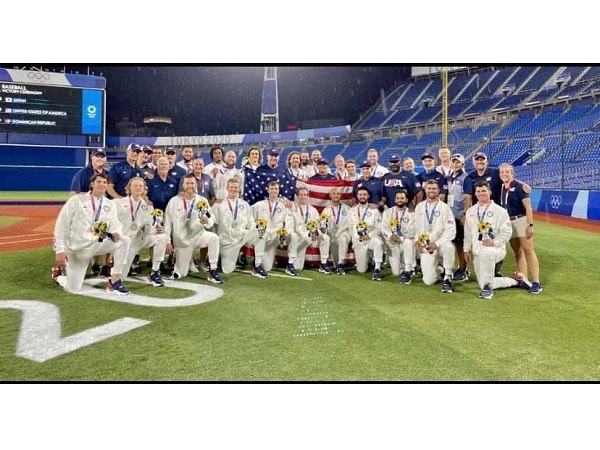 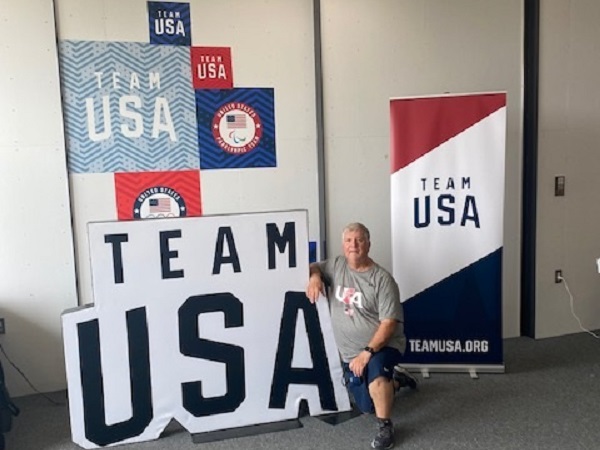 My involvement with USA Gymnastics started in 2018 when I had the opportunity to volunteer at the 2018 American Cup competition in Hoffman Estates, IL an event Athletico was assisting in providing local coverage. I later volunteered at the 2018 U.S. Gymnastics Championships in Boston, and since then, my responsibilities and involvement with USA Gymnastics have grown. I have had the opportunity to work at events such as the 2019 American cup, the 2019 Pan American Games in Lima, Peru, and the 2019 World Artistic Gymnastics Championships in Stuttgart, Germany, where I served as the Physical Therapist and Athletic Trainer for the US Men’s team. The highlight of my professional career came when I was asked to be the medical provider for the Men’s Olympic team in Tokyo.

Our trip to the Olympics started with the Olympic team and the reserve athletes traveling to Funabashi, Japan, for training. After spending three days in Funabashi, the Men’s Gymnastics Olympic team traveled to Tokyo to further prepare for the start of the Games. Our delegation consisted of five gymnasts, four coaches, the men’s team physician, and myself in Tokyo. We stayed at a hotel directly across from the Ariake Gymnastics Arena, where the men would be competing. Once we got settled in at the hotel, we hit the ground running.

Over the 16 days in Tokyo, the men’s team typically had two training sessions per day in addition to their five days of competition. In between training and competition, the emphasis was on recovery to ensure the guys could perform to the best of their abilities each day. This is where I came into play. Recovery treatments were done 2-3 times/day depending on the intensity of training and competition. The emphasis of treatment consisted of manual therapy, myofascial release techniques, Graston, cupping, stretching, and compression technology to aid in healing and recovery. I was also available during all training sessions and competitions in case a situation or injury occurred at the venue.

Although the Men’s Gymnastics team did not walk away with any medals, they had a very successful experience at the Olympics. The Men’s team finished 5th in team finals, we had two gymnasts qualify for all-around finals finishing 10th and 12th, and we had four gymnasts qualify for individual event finals. It was an honor getting to be a part of Team USA at the Tokyo Olympics, working with the medical team for USA Gymnastics, and doing what I could to keep the guys performing at the best of their abilities. This will be an experience I will never forget! 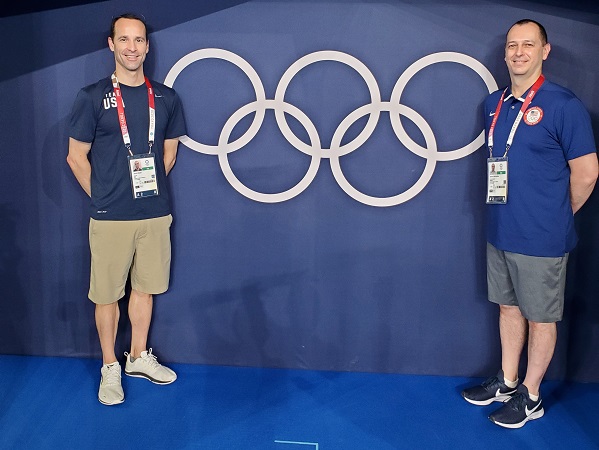 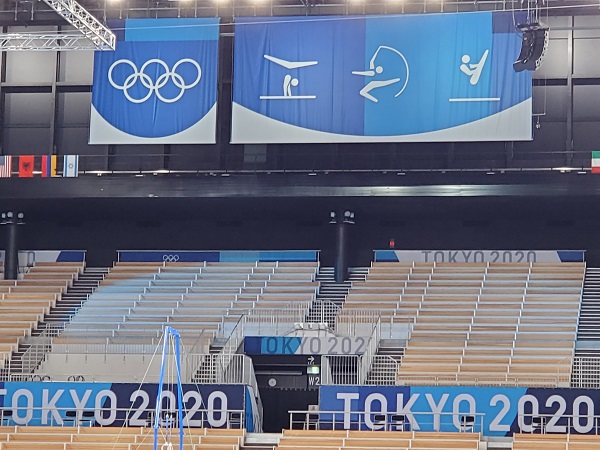 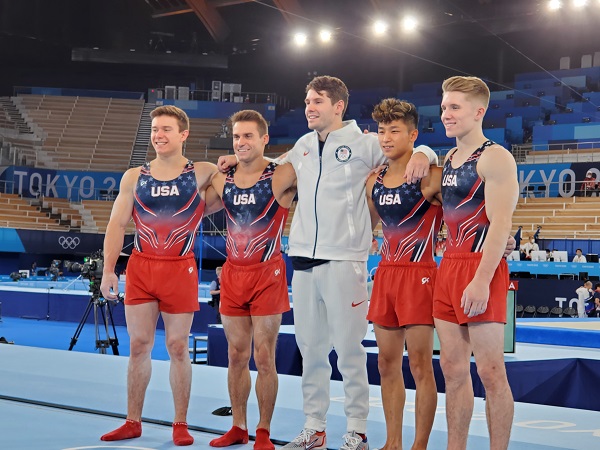 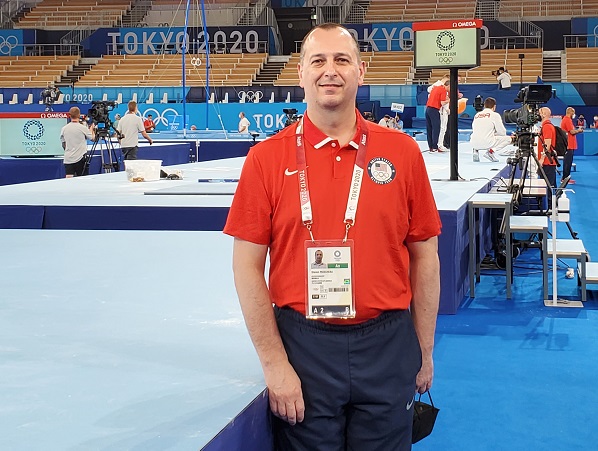 Thank you to our clinicians for proudly representing both Athletico and Team USA!