I was recently asked by ESPN’s Sports Medicine Weekly radio show to do an interview related to a recent article in the Chicago Tribune covering the recent increase in anterior cruciate ligament (ACL) tears. The article states that over the last decade, some orthopedic groups have seen a 400% increase in torn ACLs and that a huge segment of that growing population is female. In fact,some studies have shown that females can be up to 8 times more likely to tear their ACL than males playing the same sport, so I’d like to focus on that segment of the population. During my time with Dr. Cole and Steve Kashul, we covered some of the reasons why the increase in these injuries is happening, but I’d like to take this opportunity to briefly expand on some of the ideas brought up in the interview. 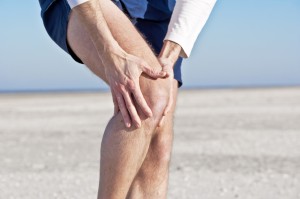 Let me start off by stating that finding out why ACL injuries affect females more frequently is the focus of a lot of research right now. There is a constant stream of studies indicating various risk factors, so this list will not cover 100% of the possible reasons for the explosion in female ACL injuries. Having said that, the 3 topics covered below are almost universally recognized as contributing factors by a majority of experts on the subject. I want to briefly discuss each one and spend the next few blog posts covering each topic in more detail.

Biomechanics is the term used to describe the way your body moves and it’s impossible to talk about tearing an ACL without talking about body movement. One biomechanical deficit that several studies have shown is that females, when compared to males, tend to allow their knees to “collapse” towards the center of their body when performing athletic movements like pivoting, cutting, or landing after a jump. This collapse – referred to as a “valgus knee angle” – can create slack in the ACL, predisposing it to injury. One way to determine if you are falling into a valgus knee angle is to get some feedback when you’re performing an athletic movement. For example, I like to tell my patients to have someone record a video of them jumping and landing repeatedly with their phone. When watching the video watch your knees during the landing and takeoff phase of the jump to see if your knees move inwards towards the middle of the body. If they do, you may be predisposing yourself to a knee injury when landing. Improving your landing mechanics – or any other athletic movement – requires time practicing the skill with feedback. Focusing on keeping your knees from collapsing inwards can be tough, and several factors could be contributing to this deficit, so correcting this may require working with an athletic trainer or other health professional to correct.

An imbalance in any part of your body can lead to an injury and the knee is no different. Recent studies have shown that females tend to disproportionately use a group of muscles known as the quadriceps (the front of the thigh) compared to their hamstrings (the back of the thigh) when performing athletic movements. This imbalance can be troublesome. The quads are responsible for straightening your knee, so if you rely on them too much during landing, you’ll probably land with a somewhat straight (and consequently stiffer) leg. Having a hard, stiff posture when landing is more jolting to the body and can cause damage to the knee joint – especially if you have poor landing mechanics to begin with. Strengthening your hamstrings is a good start to correcting this imbalance, but learning to use them during athletic movements is even more important. It will require some practice and concentration on your part at first, but with time, it will become more comfortable and eventually, a habit.

In my years of experience in athletic training, I’ve noticed that girls, more so than boys, tend to play one sport year round. By placing the same demands on your body day in and day out, you’re predisposing yourself to 2 major injury risk factors – physical and mental fatigue. Physical fatigue can cause biomechanical deficits and muscle imbalances to become exaggerated, leading to an increased risk of an ACL injury. Mental fatigue can cause lethargic, lazy form with routine tasks – again, causing an increased risk of injury. An ideal solution is to take some time off between sports with some down time, cross training, or another sport. Improving your skills in your sport of choice with extra participation is fine within reason, but is never worth risking an injury. If you find yourself “going through the motions” during games or practice or just plain find yourself feeling burned out, it might be time to take a break from your sport and try something else. When you return, you’ll have a higher energy level, reduced risk of injury, and most importantly, have more fun.

Combining poor biomechanics, muscular imbalances, and fatigue creates the perfect storm for an ACL injury, so taking a candid look at those factors is worth the effort. It might mean taking a few months off of your favorite sport or spending some time in the gym fixing some deficits, but it could mean preventing an injury that could steal, at minimum, 6 months from your career. If you’re interested in these topics, I’ll be posting more about each one in depth through the end of the year, so be sure to check the blog regularly!